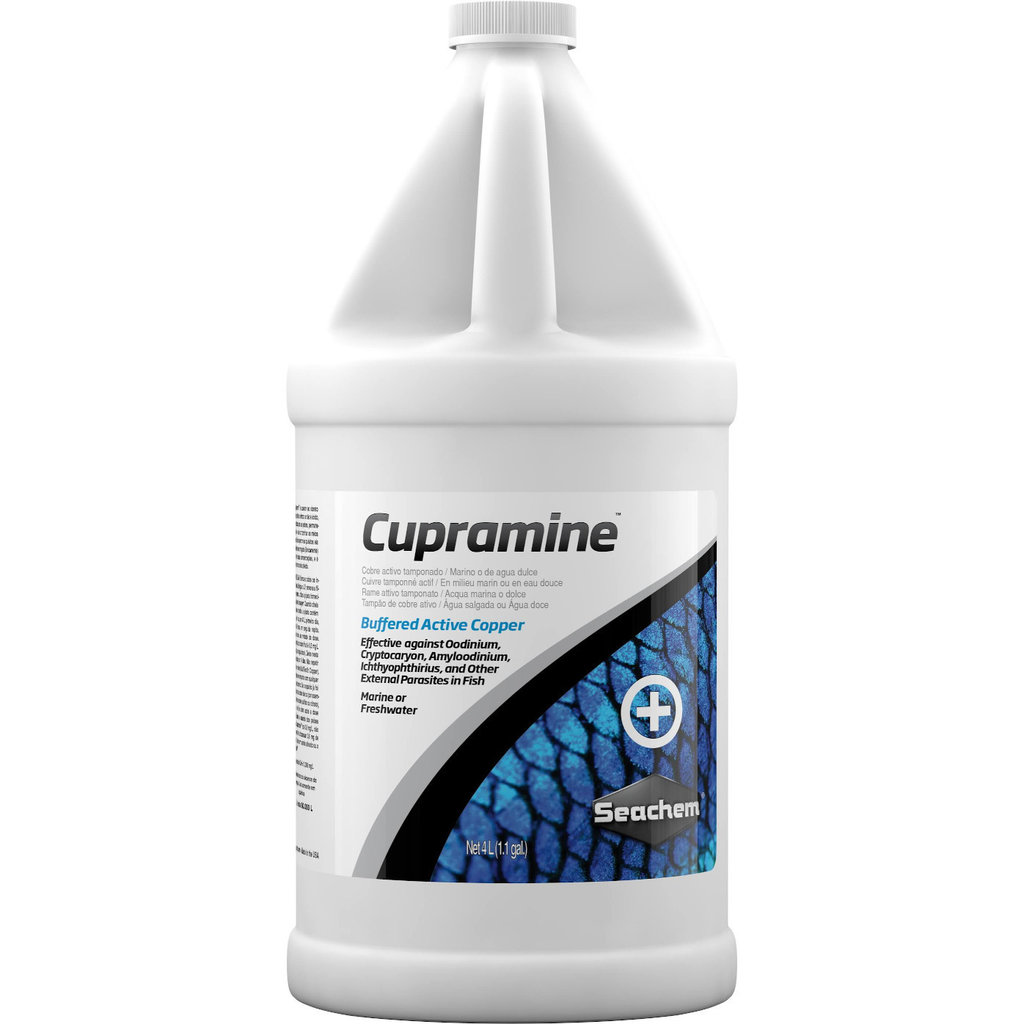 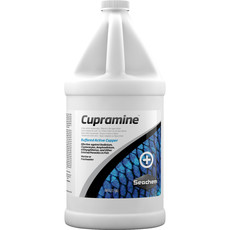 $218.99
Cupramine™ effectively eradicates Oodinium, Cryptocaryon, Amyloodinium, Ichthyophthirius, and other ectoparasites of both freshwater and marine fish. It is superior to copper sulfate, chloride & citrate: it is non-acidic, less toxic to fish, remains in so
On backorder
Ship it today? Order by 4:00p, Mon-Fri
Free sameday pickup Order by 6:30p, Mon-Sat

Cupramine™ effectively eradicates Oodinium, Cryptocaryon, Amyloodinium, Ichthyophthirius, and other ectoparasites of both freshwater and marine fish. It is superior to copper sulfate, chloride & citrate: it is non-acidic, less toxic to fish, remains in solution, and does not contaminate the filter bed. It is superior to chelates: it is fully charged (ionic), active at low concentrations, and is removable with carbon.

There is more than a four-fold concentration gap between the minimal therapeutic dose (0.2 mg/L) and the toxic dose (0.8 mg/L). Cupramine™ is easily removable with chemical filtration. It is highly effective and safe in freshwater as well as marine water.

Cupramine™ is appropriate for treating a variety of ectoparasites of both freshwater and marine fish. Below are some of the more common infections treatable with Cupramine™. Be aware that many diseases and infections share similar physical and behavioral symptoms, e.g. clamped fins, lesions, loss of appetite.

Looks like salt sprinkled on the fish’s body and fins. Usually accompanied by twitching, flashing, and other signs of stress and irritation. Several parasites are grouped under this name, but the symptoms are almost identical. Ich is among the most common infections of fish, and is entirely treatable with diligence and attention to water quality.

Due to the nature of this parasite, it is normal for the visible signs of infection to get worse before they get better. The medication is still working, but it takes some time for the salt-like cysts on the fish to clear out. Keep up the treatment and the visible spots should clear soon!

Similar to Ich, but smaller and grey-gold. Most often seen in saltwater, but can occur in freshwater as well. Velvet is less common than Ich, but the treatment is almost identical. We see it more often in saltwater than freshwater.

Keep in mind that many parasites and diseases will mimic the symptoms of Ich or Velvet, and not all of these are best treated with Cupramine. Often, Flukes or Lymphocystis are mistaken for Ich, and these are better treated with ParaGuard™. Research possible fish diseases and, if in doubt, consult an exotic animal vet.

Not happy with your purchase? Ship it back to us on the house.
Have questions? Chat with an expert now
Add to wishlist / Add to compare 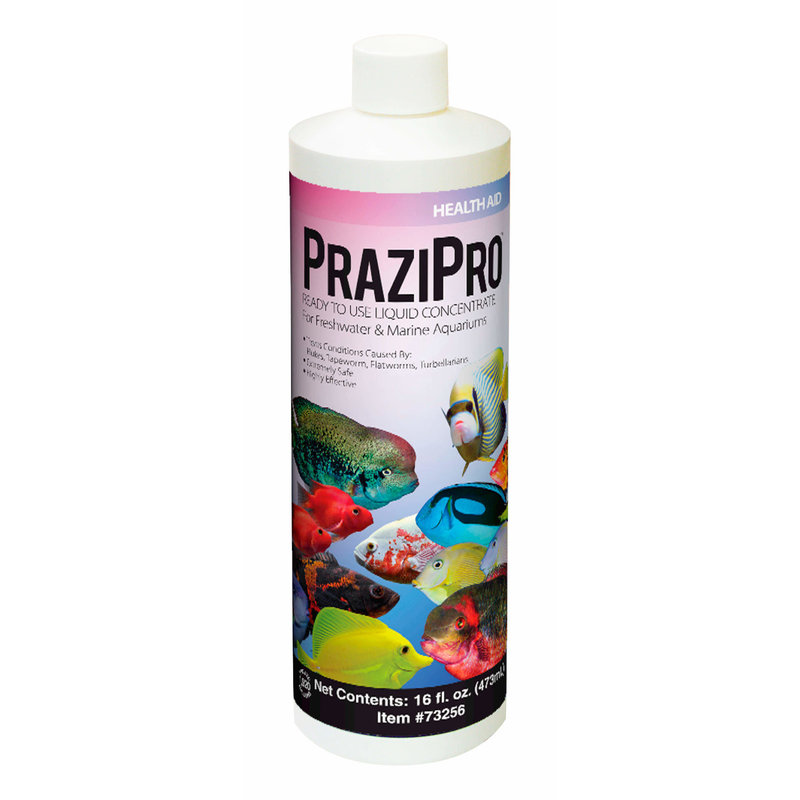 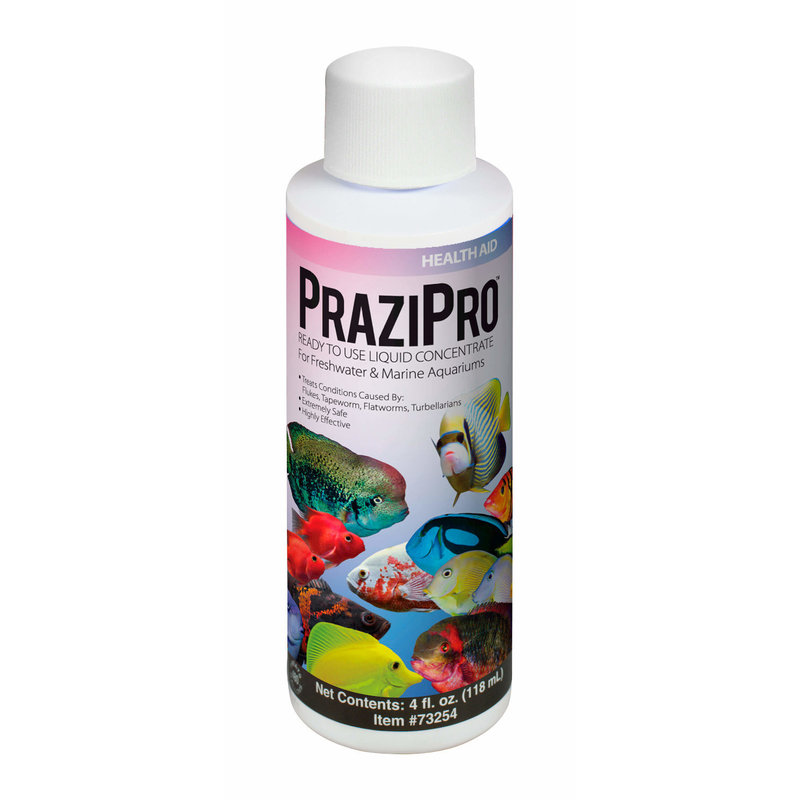 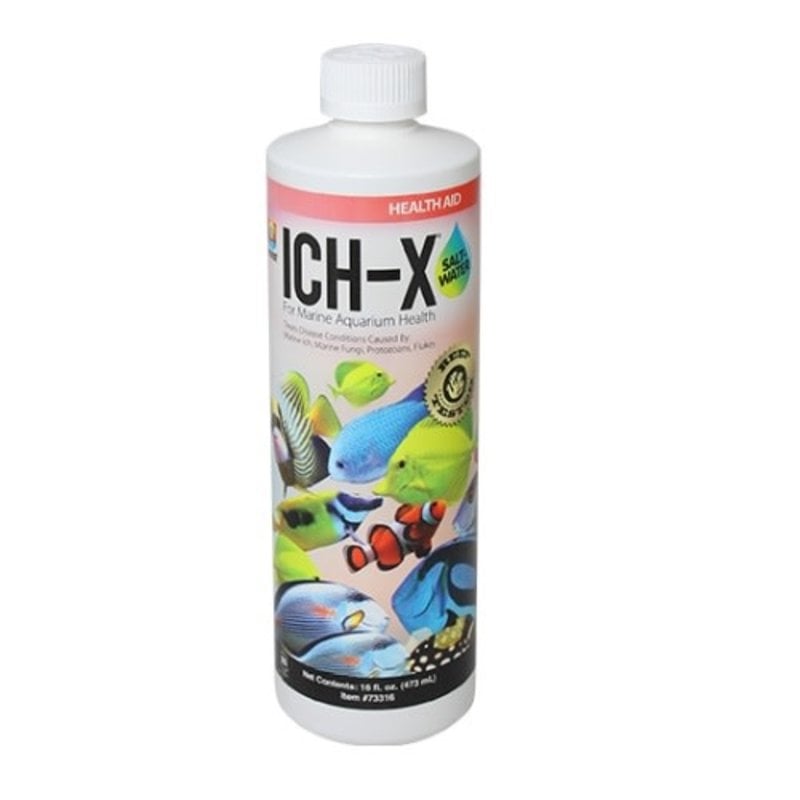 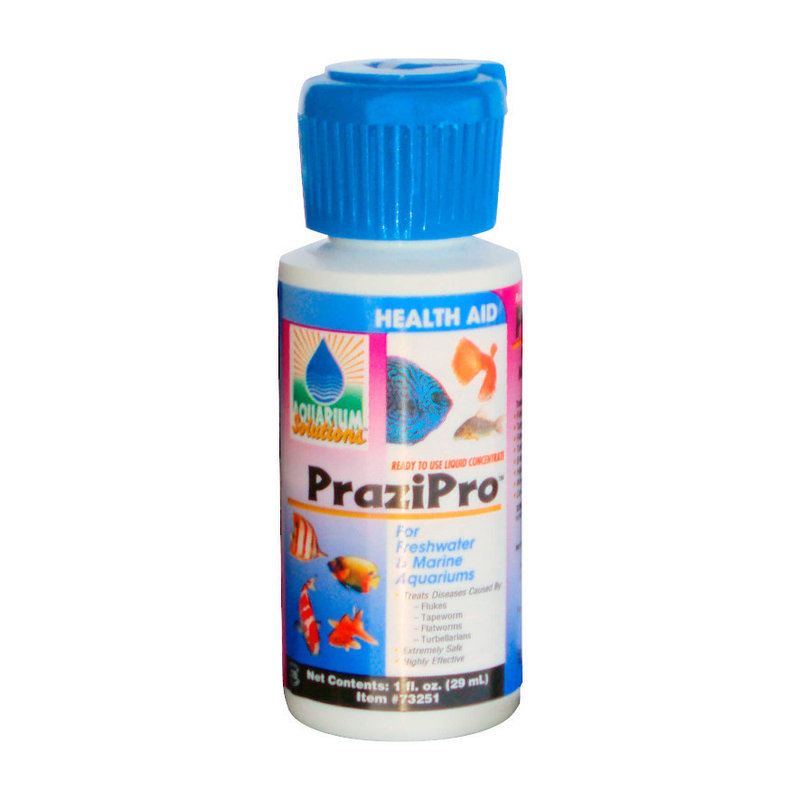 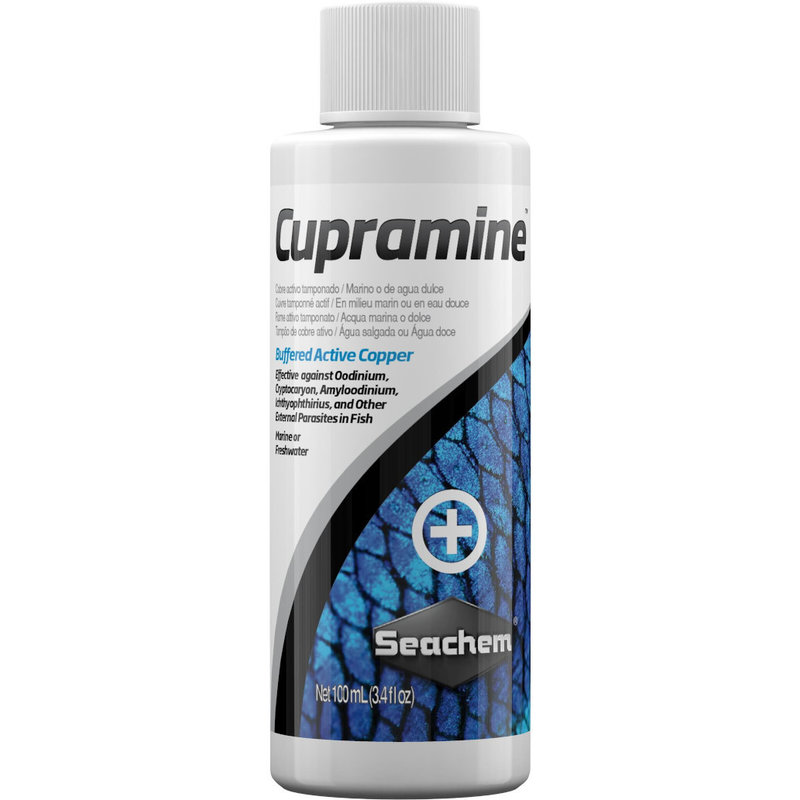 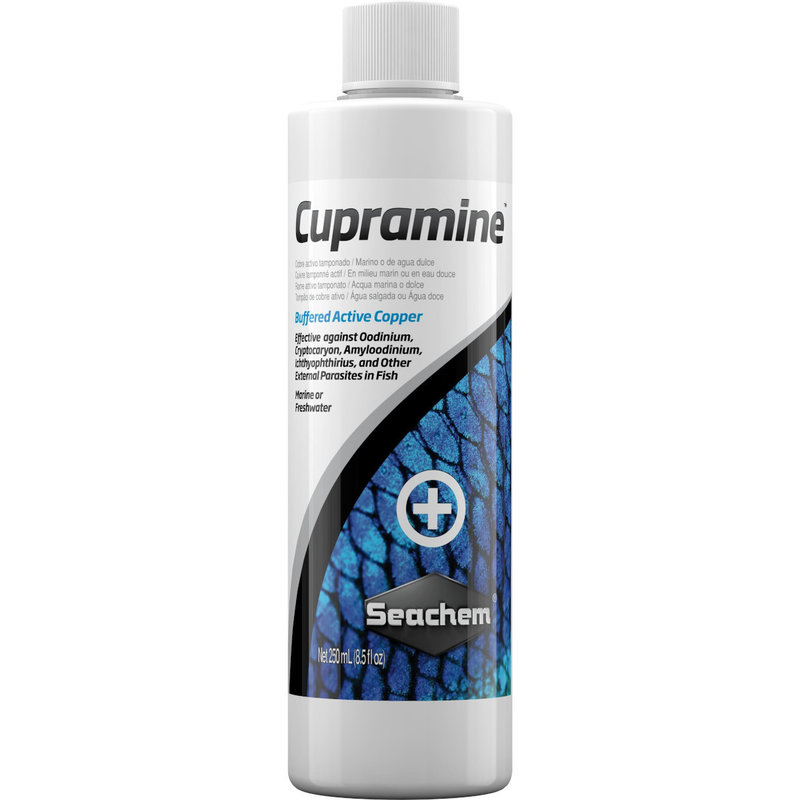 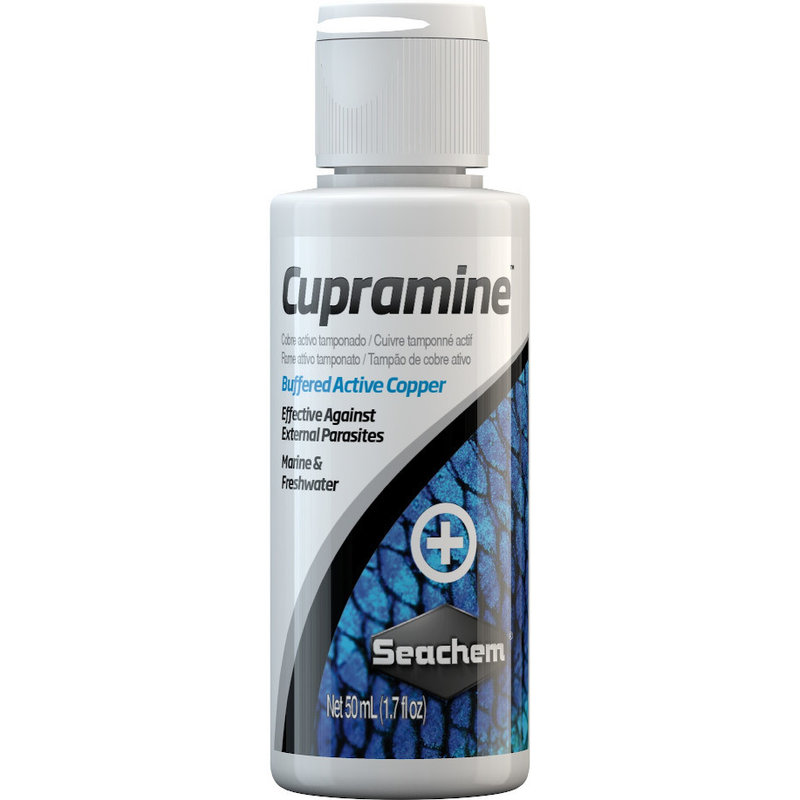 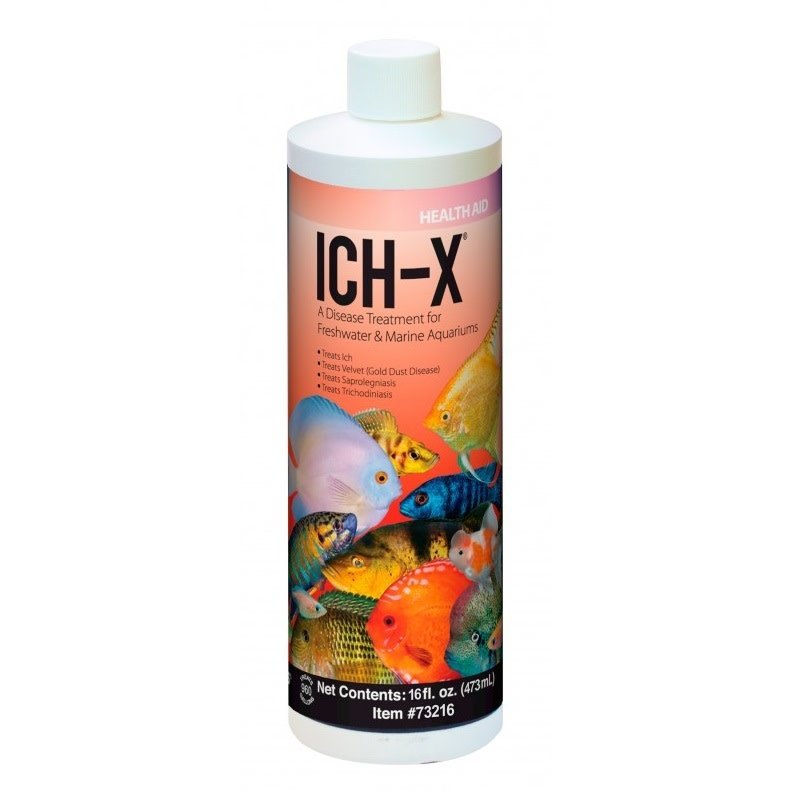 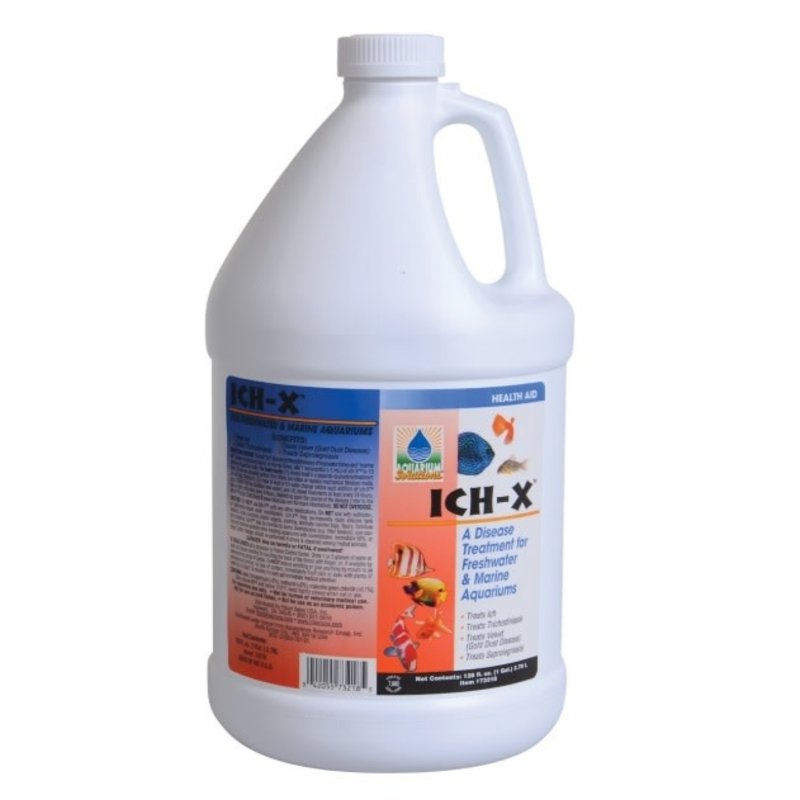 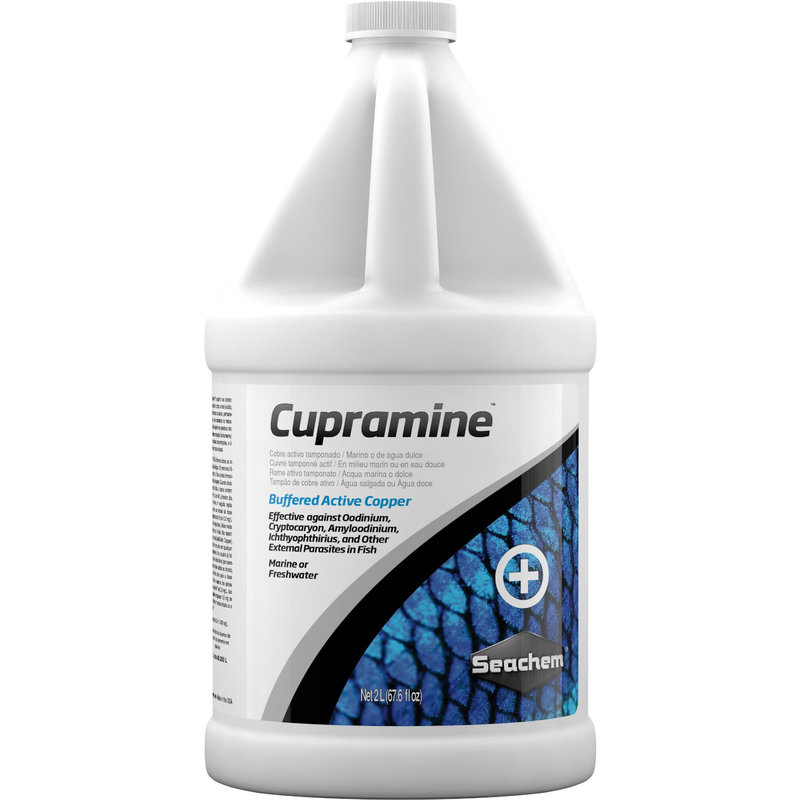